The Museum of Chinese in America (MOCA), a nonprofit educational and cultural institution established in 1980 with the mission of chronicling the Chinese-American experience, has pulled back the curtain on the design of an expansive planned transformation of 215 Centre Street in Lower Manhattan into its permanent new headquarters. Led by Maya Lin Studio in partnership with museum exhibition firm Ralph Appelbaum Associates, the $118 million project will see MOCA’s existing (rented) space more than quintuple in size, expanding from its current 12,000 square feet to roughly 68,000 feet.

MOCA’s new nine-story Chinatown home is set to include multiple gallery spaces hosting both the institution’s permanent collection chronicling the Chinese diaspora in the United States as well as revolving exhibitions. Also envisioned as part of the expansive revamp are classrooms, a demonstration kitchen, large theater/auditorium, cafe, and a research and genealogy center, along with the outdoor gathering spaces including landscaped terraces.

Described in a press release as “a welcoming place for research, exploration, education, creation, and gathering,” MOCA’s new headquarters is slated for completion in 2025. The current facility due to close at the end of 2023 to allow for construction.

In a statement, Maya Lin referred to MOCA’s expansion and renovation of 215 Centre Street as a “true passion project for me.”

“As a child of Chinese immigrants, I have throughout my life experienced firsthand anti-Asian discrimination and hostility,” Lin said. “I’ve been drawn to MOCA and its critical mission for years, and am incredibly moved to be able to present our design for its new headquarters—a place that will welcome, teach, and inspire visitors from around the world.”

Ralph Appelbaum, founder of Ralph Appelbaum Associates, further hinted at what MOCA visitors can expect once its new home is complete:

“Our expanded new permanent home in the heart of America’s largest Chinese community anchors a full range of new participatory visitor amenities that include a Center for Chinese American Genealogy, collection archives, conservation labs, research spaces, community-in-residence workshops, a theater, and classrooms weaved through and around exhibition floors that feature the lived experiences of generations of Chinese immigrants through artifacts from MOCA’s rich collection,” he said. “Collaborating with Maya Lin, whose narrative architecture embodies our story-based approach to history, is sure to offer resonant moments to all visitors in unexpected, beautiful, and memorable ways.”

Lin’s design was inspired in part by a Chinese dissection puzzle known as the Tangram. With its exterior clad in metal paneling, the boxy building’s interior public spaces reference this “simple yet intricate puzzle” with interior volumes that connect exhibition floors, classrooms, and event areas. “The shifting planes and perforated panels allow daylight to strategically enter the exhibition spaces and larger openings to light workspaces and classrooms as well as create views,” explained MOCA.

Vertical Chinese landscape painting also inspired Lin’s design: “Rising from a stone plinth, the solid body of the building, like a tree-covered mountain, disappears into a cloud-like lattice that holds a two-story lecture hall/auditorium,” MOCA elaborated.

The unveiling of MOCA’s state-of-the-art new home at 215 Centre Street, where the organization has been located since 2009, comes at a time when hate crimes against people of Asian descent have seen an alarming rise in New York City and elsewhere across the United States. A total of 10,905 anti-Asian hate incidents have been reported nationwide since March 2020, according to MOCA.

“Amid national waves of anti-Chinese American ignorance and fraught U.S.-China relations, there has perhaps been no more critical moment in recent memory for MOCA to serve as a hub for this important yet tragically overlooked history of the Chinese diaspora in the United States,” said MOCA president Nancy Yao Maasbach. “The history of discrimination and racism toward Chinese Americans and Asian American Pacific Islanders in the U.S. dates back to the first immigrants from Asia. The space, at long last, will create the nexus between these missing elements in U.S. history and public access at the same time MOCA will celebrate the journeys and successes.”

The city funds that have partially enabled MOCA to purchase of its new home at 215 Centre Street for a reported $50 million (it currently pays a reported $60,000 per month in rent to the building’s owner) haven’t come without controversy within the Chinatown community as the New York Times reported last year. Per Bloomberg, the New York City Department of Cultural Affairs has pledged about $40 million for the project, which will go towards buying the building. MOCA needs to raise an additional $62 million for the $118 million project, a figure that includes the cost of acquiring the building.

MOCA experienced a significant setback and scare in January 2020 when a five-alarm fire broke out at a building at 70 Mulberry Street, where its collections and research offices were located. Although no materials were directly lost to the blaze and damage to MOCA’s archives was not as severe as feared (95 percent of the archives were recovered), an estimated 73 percent of materials held in the collections required professional restoration due to water damage.

11 Home Decor Essentials Every Home Should Have

Fri Apr 8 , 2022
Residence decor is an absolute have to to make your household truly feel like a house. The ideal property decor can completely transform a residence into a cozy very little nest the place you experience comfortable and at ease and want to expend as considerably time as possible. While there […] 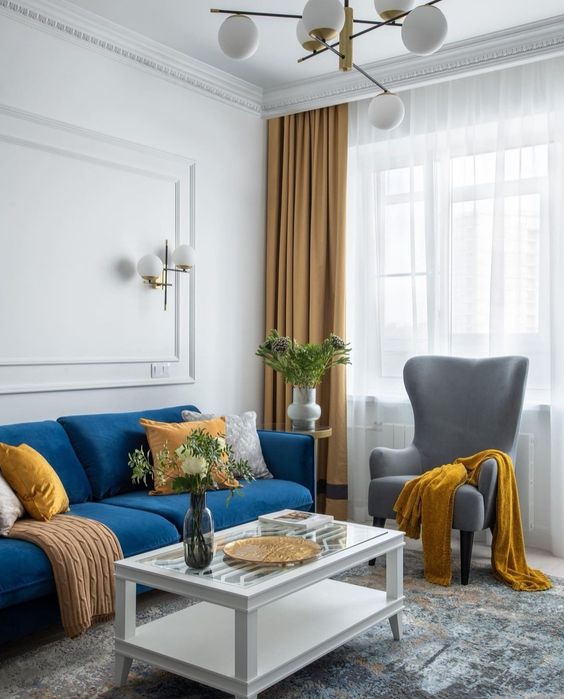